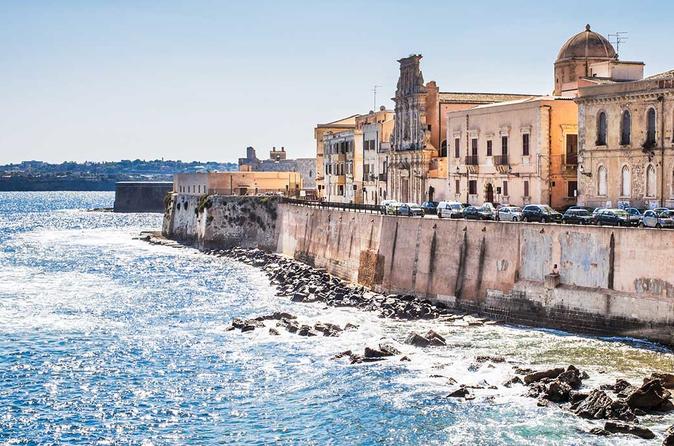 Discover the traditional Opera of the Puppets in the heart of Ortigia (Siracusa). Learn all about this Italian cultural heritage assisting at a puppet show in an ancient theatre.

Syracuse is a beautiful city in Sicily, and it was the most important city of Magna Graecia. It defeated the mighty Athens in 413 and was home of the inimitable Archimedes. According to Cicero, was “the greatest Greek city and the most beautiful of them all”.

Ortigia is the heart of the city, with its the picturesque streets of the historic centre. Particular points of interest include Piazza Duomo and the Cathedral, constructed on the remains of an ancient Greek temple, the famous Aretusa fountain, with its famous papyrus plants, facing the turquoise Ionian sea.

The puppet theatre known as the Opera dei Pupi emerged in Sicily at the beginning of the nineteenth century and enjoyed great success among the island’s working classes. The puppeteers told stories based on medieval chivalric literature and other sources, such as Italian poems of the Renaissance, the lives of saints and tales of notorious bandits. The dialogues in these performances were largely improvised by the puppeteers. Nowadays, the Opera is he only example of an uninterrupted tradition of this kind of theatre.

These theatres were often family-run businesses; the carving, painting and construction of the puppets, renowned for their intense expressions, were carried out by craftspeople employing traditional methods. The puppeteers constantly endeavoured to outdo each other with their shows, and they exerted great influence over their audience.

The opera of the puppets and the Sicilian tradition of cantastorîas (singers of tales) are rooted in the Provençal troubadour tradition in Sicily. The Sicilian marionette theater Opera dei pupi was proclaimed in 2001 and inscribed in 2008 in the UNESCO Intangible Cultural Heritage Lists.

In Ortigia, enter in Giudecca -the ancient Jewish district- and go inside the Puppets Museum, which is divided in several sections where it´s possible discovering the history of a famous puppets artisan family. Then, enjoy a puppet show living a journey through time in a magic atmosphere. The pupari narrate stories about French paladines, Saints´ life and many local legends.

Get ready for an amazing experience in Siracusa!

Discover the traditional Opera of the Puppets in the heart of Ortigia (Siracusa). Learn all about this Italian cultural heritage assisting at a puppet show in an ancient theatre.